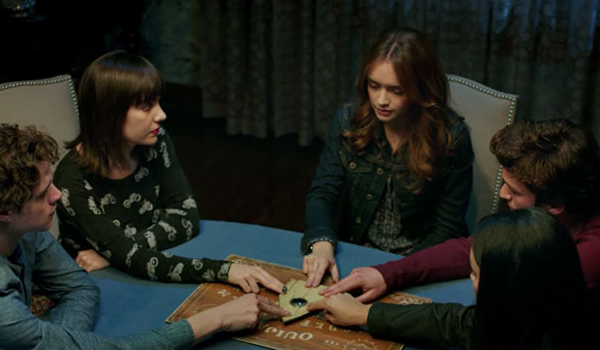 Hollywood will give horror junkies their yearly Halloween fix this year with Ouija, a fright flick that uses the popular board game as a jumping off point. Will Ouija succeed in a frame that's been dominated by the Paranormal Activity franchise in recent years or will it fall flat? This week BoxOffice takes a closer look at the commercial prospects for the Universal release.

- Mainstream moviegoers seek out horror flicks at this time of year almost out of habit.
- Successful producers Michael Bay and Jason Blum have teamed up on the project. That bodes well considering that both men would rank on any list devoted to the most reliable producers working today.
- The young cast with help the film appeal to key demos in the 18-34 range.

- Some reactions to the trailer have been less than encouraging. The film is already being mocked in a similar way to what happened with Battleship.
- If Annabelle overperforms earlier in the month that could eat into Ouija's business.