Weekend Forecast: 'The November Man' & 'As Above/So Below' 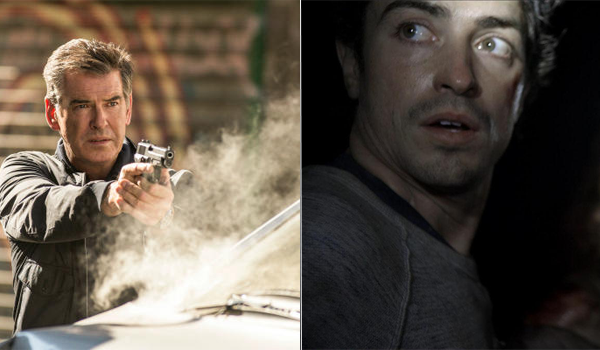 Summer 2014 comes to a close this weekend as two wide releases will aim, but likely struggle, to put a dent in the Labor Day box office.

- Pierce Brosnan gives the film some much needed star appeal thanks to past associations with the spy genre, notably James Bond.
- Relativity's decision to move forward with a sequel already could be an encouraging sign.
- There simply hasn't been any strong competition in the latter half of August.

- Social media activity has failed to impress on any front.
- Unfortunately, Brosnan's presence alone won't be enough to attract most moviegoers.
- The history of star-driven Labor Day releases doesn't bode well when looking back at soft performances of The American, Babylon A.D., etc.

- Three of the top five Labor Day openers ever have come from the horror genre.
- The film's half-million Facebook fans is a very positive sign for a non-sequel.
- Twitter activity is significantly ahead of Deliver Us From Evil and The Quiet Ones.

- The somewhat non-descript title won't entice many outside the horror fan base.
- Flixster and Twitter activity lag behind that of Oculus.

Check out our complete 4-day weekend forecast in the table below.

Tags: The November Man, As Above/So Below, predictions