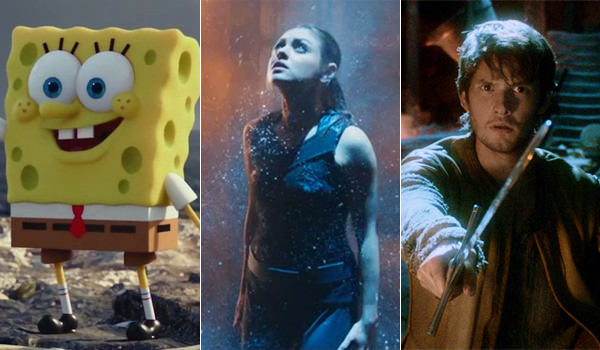 - Stars Channing Tatum, Mila Kunis, and Sean Bean could attract a variety of audiences.
- Warner Bros.' aggressive marketing campaign, as well as its IMAX release, has raised a fair amount of awareness.
- Flixster activity is pacing ahead of Edge of Tomorrow.

- Tatum proved with White House Down that even he can't turn every film into a hit.
- The Wachowskis have burnt off most of the goodwill they earned with The Matrix following the release of Speed Racer and the semi-cult hit Cloud Atlas.
- Twitter and Facebook buzz leave something to be desired compared to most big budget sci-fi/fantasy pics.

- Jeff Bridges and Julianne Moore bring their star credentials.
- Flixster activity is solid, more than doubling that of Dracula Untold before release.
- The IMAX release could help tack on extra dollars.

- The film's multiple release delays don't offer much confidence in commercial potential.
- Competing against the more strongly-marketed Jupiter also won't do it any favors.
- Twitter and Facebook activity are significantly behind that of Dracula Untold and Hercules.

The SpongeBob Movie: Sponge Out of Water

- Other than Paddington, kids haven't had much to choose from in theaters since the holidays.
- The SpongeBob brand is still relatively healthy.
- Facebook and Twitter buzz are very encouraging heading into opening weekend.

- It's been over a decade since the first SpongeBob movie, which earned a modest $85 million domestically. Will families still turn out?
- Flixster fan anticipation leaves much to be desired.