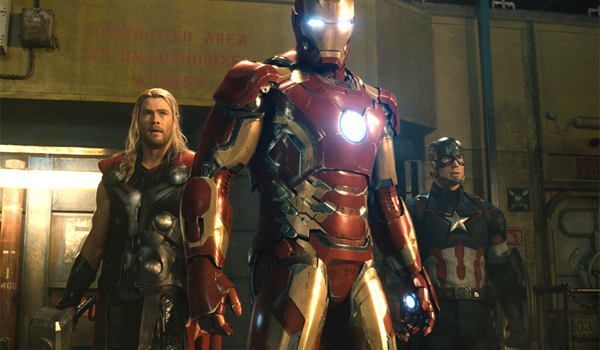 This summer's most anticipated movie is poised to kick off the month of May in grand fashion...

- The Marvel brand appeal has only grown since the first Avengers shattered box office records three years ago.
- Anticipation among fans and casual viewers alike is at a fever pitch, bolstered by an (expectedly) aggressive marketing campaign from Disney.
- It's been four weeks since Furious 7 began its phenomenal run, with little competition since. The market is primed for another blockbuster performer.
- With nearly 13.7 million Facebook fans, over a half-million Twitter mentions this week alone, and 211,000+ Rotten Tomatoes audience anticipation votes, there's no doubt that audiences from all demographics are anxious to see what Marvel has up their sleeve for the 11th entry in the MCU.

- Unfortunately, early reviews aren't nearly as strong as they were for the first Avengers. Currently at 72 percent on Rotten Tomatoes, any moviegoers on the fence won't be convinced by that score. On the other hand, not many are on the fence to begin with.
- Unlike the previous entry, there's no selling point of this being the "first" major superhero team-up movie.
- If word of mouth isn't as strong throughout the weekend (as it was for the last film), a run towards another opening weekend record could become closer than some expect. Ultimately, there just aren't many significant "cons" for this sequel's opening weekend. It's a sure fire monster.