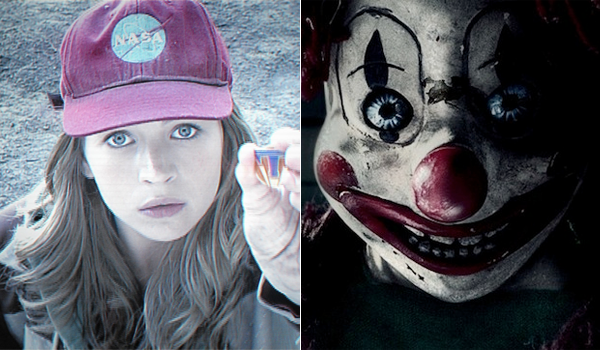 Two new wide releases join an already competitive market for the extended Memorial Day weekend. How will they fare?

- Disney's brand name is worth a lot these days thanks to a hugely successful past few years with audiences of all ages.
- Brad Bird is something of a draw among fans thanks to his work on Mission: Impossible - Ghost Protocol, The Incredibles, and The Iron Giant.
- Rising star Britt Robertson could help appeal to young girls, while George Clooney brings a veteran presence for adults.

- The huge success of last week's Pitch Perfect 2 and Mad Max: Fury Road will carry over to the holiday weekend, meaning Tomorrowland's two biggest target audiences (young women and fan boys) will already have their plate full.
- While Bird is a hot name online, casual audiences aren't likely familiar with him enough for his name/credits to be an automatic selling point just yet.
- Social media activity has left much to desired, falling behind the pace of films like Interstellar and Edge of Tomorrow on Facebook and Twitter.

- We haven't had a horror film break out since last year. Is the market due?
- The PG-13 rating should help appeal to younger audiences.
- The original film is considered a classic today, so the nostalgia factor is in play for adults.

- Social media activity, while steadily increasing, has fallen short of that of Annabelle and Ouija on Facebook and Twitter.
- The market is very crowded, so it's feasible that a remake could get overlooked this weekend.
- Early reviews aren't encouraging.

We're forecasting the extended 4-day holiday frame to total $188.4 million among the top 10 films. By comparison, that would be down 13 percent from last year's $216.7 million 4-day Memorial Day weekend, which was led by X-Men: Days of Future Past's $110.6 million debut.