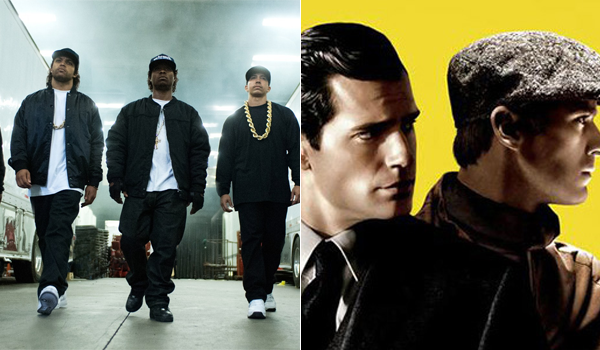 August rolls on with the anticipated release of the N.W.A. biopic and another classic television series adaptation.

- N.W.A. remains a highly respected hip hop group nearly three decades on for their influence on both the music world and culture itself.
- Early reviews are excellent with the biopic scoring 88 percent on Rotten Tomatoes as of Wednesday morning.
- Social media activity is through the roof. The film has scored nearly 400,000 tweets in the past week alone -- a very rare occurrence for non-franchise films. Facebook growth is also strong with over 1.75 million fans.
- Recent real world events have reignited some of the same cultural conversations the group was known for bringing about.

- The film could prove somewhat front-loaded given the group's considerable fan base, but that won't really matter since the budget for this type of film is definitely on the conservative side.
- The recent box office slump here at the end of summer is worth keeping in mind for any potential under-performance, but we're not betting on that happening.

- Director Guy Ritchie successfully adapted two takes on Sherlock Holmes, so he has some box office clout in addition to his own fan base and critical success.
- Adult audiences who've already checked out Mission: Impossible - Rogue Nation may give this a shot.
- Henry Cavill has never been more recognizable to casual audiences than he is now thanks to his generally well-received turn as Superman in Man of Steel, plus buzz from the upcoming Batman v Superman: Dawn of Justice.

- Social media activity is sorely lacking. Tweet levels are far below Rogue Nation, Kingsman, and Spy; Facebook boasts a weak 85,000 fans.
- Despite his overall success, Ritchie isn't exactly a household name outside of movie fans. Nor is co-star Armie Hammer, for that matter.
- Reviews are modest, which in this box office climate (and up against strong competition in Compton) could be an unfortunate precursor to an under-performer.

We're projecting the top ten films this weekend will accumulate $126.5 million. That would mark a 1 percent improvement from the same frame last year, which totaled $125 million as Teenage Mutant Ninja Turtles and Guardians of the Galaxy repeated atop the box office.