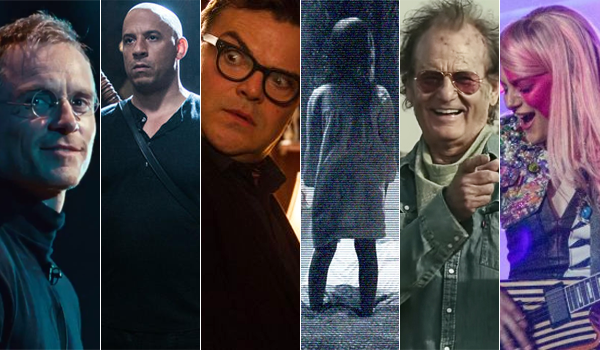 The penultimate weekend of October sees five wide releases vie for box office success. Which of them will achieve it?

- Strong reviews and an encouraging run in limited release have built up very positive early momentum.
- Buzz around Michael Fassbender and the ensemble cast, as well as Aaron Sorkin's script and Danny Boyle's direction, have compounded early buzz.
- Similar films like The Social Network and Moneyball found great success this time of year.
- Flixster activity has picked up in recent weeks.

- With so many films and documentaries about Jobs over the past few years, casual viewers may not be as immediately interested as those in the film community.
- To that end, the film's legs will be far more important than its opening weekend.
- As a historical figure, Jobs is certainly even more well known than the likes of Mark Zuckerberg -- but he's also far more controversial in terms of his personal relationships and treatment of those who worked for him.

- Vin Diesel has gone through a career resurgence thanks to the last four Fast & Furious movies, so it's possible that will carry over to an original film for him.
- The ensemble cast of Elijah Wood and Michael Caine further enhances its strengths as a genre film.
- The timely release close to Halloween could be another advantage.

- Reviews are heading south very quickly.
- We're due for a market cool-off after so many hits this past month, and more to come next month.
- Diesel's Riddick somewhat underperformed two years ago, and that was a sequel to a series with a small but loyal fan base.

- Marketing this as the finale of the franchise could give it a slight boost in interest, ala Saw.
- The franchise continues to impress with its number of fans on Facebook (approaching 20 million).

- The last film saw a major decline for the franchise and interest among casual viewers seems to be sticking to that trend.
- The experimental semi-wide release alongside VOD play is likely to mute box office grosses even more.

- Pop culture respect for Bill Murray seems to only increase with time, and this is the kind of role his fans like seeing him in.
- This may be a good counter-programming for older crowds.

- Social media activity leaves much to be desired, unfortunately.
- Competing for the adult crowd against Steve Jobs and Bridge of Spies' second weekend will be a major task.

Jem and the Holograms

- The franchise on which the film is based has a built-in fan base of youngsters.

- Marketing has been minimal, and those fans haven't been kind in their reaction to the trailers.

BoxOffice predicts this weekend's top ten will score around $105.4 million, marking an 8.5 percent improvement against the same frame last year when Ouija ($19.9 million debut) and John Wick ($14.4 million debut) led the top ten to an overall haul of $97.1 million.