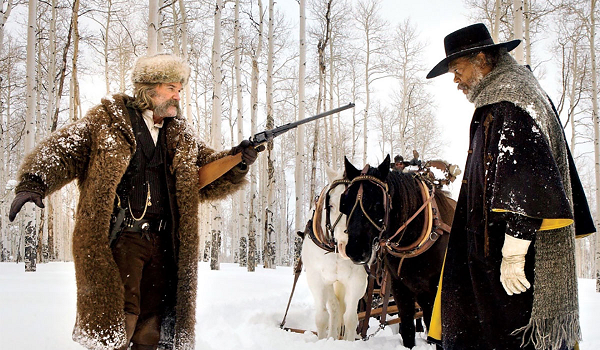 Quentin Tarantino is back with The Hateful Eight, an ensemble Western. Coming off the success of Inglourious Basterds and Django Unchained, Tarantino has never been more popular with paying crowds. Will The Hateful Eight continue the winning streak?

- Django Unchained was a massive global success. There's a lot of mainstream goodwill coming off of it.
- Online reactions to the trailers for The Hateful Eight have been very encouraging.
- Opening wide in January will help to reduce the competition the movie will face.

- Tarantino's controversial statements about police officers may turn off a lot of his fans.
- Django boasted better star power than Hateful Eight.