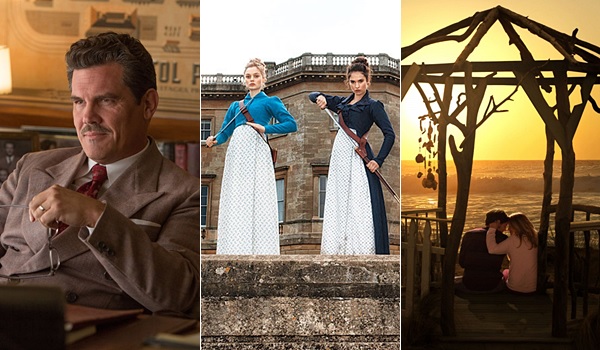 Three wide releases are set to debut over Super Bowl weekend this year: Universal's Hail, Caesar!, Sony's Pride and Prejudice and Zombies, and Lionsgate's The Choice. BoxOffice feels Universal's Hail, Caesar! has the most potential of the three, though it should also experience the most back-loading of the three as its target audience is more likely to wait until after Super Bowl weekend. Pride and Prejudice and Zombies and The Choice should find themselves in a close battle for teens and young adults, especially with both films being rated PG-13.

- With the success of films such as 2007's No Country for Old Men, 2008's Burn After Reading and 2010's True Grit, The Coen Brothers have established a larger following over the past decade, while still remaining critical favorites.

- Clooney has been an especially consistent draw at the box office when it comes to his films aimed at adult moviegoers.

- Opening over Super Bowl weekend is especially tough for films aimed at adult audiences. As mentioned, that should lead to additional back-loading for Hail, Caesar!

- The film's setting in 1950s Hollywood could prove to be a tough sell for today's audiences. Teens in particular are likely to choose either Pride and Prejudice and Zombies or The Choice instead.

- Zombies are still especially popular thanks in big part to The Walking Dead. And fellow zombie film Warm Bodies had recent success opening against the Super Bowl back in 2013 with a debut of $20.4 million.

- Thus far the film has over 3.5 times as many likes on Facebook than The Choice does.

- Action horror and period horror both find their current popularity in an obvious downturn. Crimson Peak disappointed back in October, while Victor Frankenstein downright tanked in November.

- Coming so soon after Krampus, The Forest and The Boy will likely limit demand for another PG-13 horror film.

- The film will face direct competition for teens and young adults in opening against The Choice.

- While it won't help against the Super Bowl, Valentine's Day should provide a boost in the film's second weekend.

- The two most recent adaptations of Nicholas Sparks novels, last year's The Best of Me and this year's The Longest Ride, have been the two lowest grossing Sparks adaptations to date.  That is a troubling trend for The Choice.

- Benjamin Walker and Teresa Palmer are unlikely to provide much additional drawing power on their own.

- The film will face direct competition for teens and young adults in opening against Pride and Prejudice and Zombies.