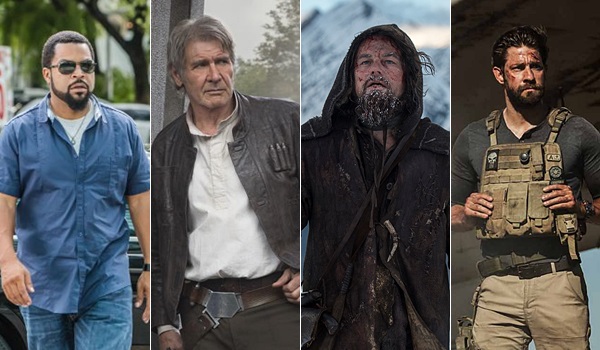 The four-day Martin Luther King holiday weekend will see Universal's Ride Along 2, Paramount's 13 Hours: The Secret Soldiers of Benghazi and Lionsgate's Norm of the North all enter the marketplace. While it isn't expected to match the $48.6 million four-day debut of its predecessor, Ride Along 2 is expected to open in first place over the holiday frame. BoxOffice expects 13 Hours to get off to a solid fourth place start this weekend and Norm of the North to open softly in sixth place.

Meanwhile, Disney's Star Wars: The Force Awakens, which has led the weekend box office over each of the past four frames, should find itself in a very close race for second place with Fox's The Revenant. BoxOffice feels that The Revenant will have the advantage for second place over the three-day weekend, but that Star Wars: The Force Awakens will have the slight edge over the four-day frame thanks to the potential of a stronger Monday performance.

- The Ice Cube and Kevin Hart led Ride Along opened with $48.6 million over Martin Luther King Jr. weekend back in 2014 and displayed healthy holding power throughout its run.

- On Twitter in the days leading up to release, Ride Along 2 is trending significantly higher than last year's The Wedding Ringer and slightly ahead of last year's Get Hard.

- Films that skew towards African American audiences have a strong history of performing well over Martin Luther King weekend.

- As a sequel, the film is likely to be more front-loaded than its predecessor was. That may help a bit this weekend, but will hurt in the long run.

- The film currently has a Tomatometer of just 7 percent on Rotten Tomatoes. While Ride Along 2 should be largely critic proof, the film's poor early critical reviews won't provide a boost either.

- Similarly themed films such as Zero Dark Thirty, Lone Survivor and American Sniper have all excelled in recent years during the month of January.

- 13 Hours has performed well on Twitter in the weeks leading up to its release, though a sizable percentage of the film's tweets have been negative in tone. The film continues to generate a higher amount of tweets than Ride Along 2 has.

- 13 Hours will likely receive added boosts from conservatives and from Michael Bay fans.

- The politics that have surrounded the 2012 Benghazi attack are likely to keep some potential moviegoers away.

- 13 Hours doesn't have the awards season prestige that Zero Dark Thirty and American Sniper both had.

- The film has a relatively modest estimated location count of 2,300 and will face tough direct competition from The Revenant this weekend.

Norm of the North

- There is a strong history of lower profile family films exceeding expectations over Martin Luther King weekend, with a recent example being 2014's The Nut Job, which opened with a four-day take of $25.7 million.

- With The Peanuts Movie, The Good Dinosaur and to a lesser extent Alvin and the Chipmunks: The Road Chip all approaching the end of their respective runs, there isn't much competition in the marketplace this weekend for families with younger children.

- Norm of the North hasn't received the type of marketing push that animated films normally get. In a similar situation, last year's Shaun the Sheep Movie (also a Lionsgate release) opened with respective three-day weekend and five-day takes of $4.0 million and $5.6 million.

- While there is plenty of room in the current marketplace for films aimed at families with younger children; families with older children are sure to choose Star Wars: The Force Awakens and to a lesser extent Daddy's Home instead this weekend.

- Norm of the North has been performing quite softly for an animated film on Twitter.

BoxOffice projects this weekend's top ten films will total $176.6 million over the four-day frame. That would represent a 20 percent decline from the $220.7 million top ten total of the Martin Luther King four-day holiday frame last year. Warner's American Sniper led that frame with a record-breaking $107.2 million performance, while The Weinstein Company's Paddington launched with $25.5 million and Sony's The Wedding Ringer opened with $24.0 million.

Check out our complete four-day forecast in the table below.