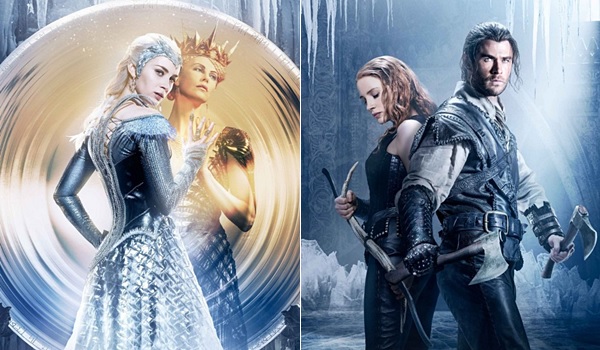 Universal's The Huntsman: Winter's War is currently the only wide release scheduled for the weekend of April 22. BoxOffice feels the follow-up to 2012's Snow White and the Huntsman could potentially find itself in a tight race that weekend with the second weekend performance of Disney's The Jungle Book.

We have also increased our current forecast for Disney's Zootopia this week. BoxOffice feels increasingly confident in Zootopia, as the film continues to register strong online activity levels, has received exceptional early critical reviews and is performing very well in its early overseas start thus far.

- The subject matter of The Hunstman: Winter's War could help the film appeal to older fans of Frozen.

- With Kristen Stewart no longer involved with the franchise as Snow White, there is a strong possibility The Hunstman: Winter's War could come across more as a spin-off than as a sequel to moviegoers.

- Demand for Winter's War is likely to be limited by opening one week after The Jungle Book and two weeks before Captain America: Civil War, especially when it comes to four-quadrant potential.

- While the similarities to Frozen could help, it's also possible that the film could come across as feeling too similar to Frozen.