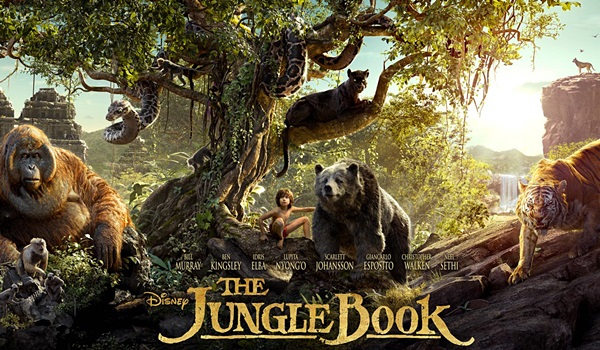 The Jungle Book, Disney's latest live-action revision of one of its animated classics, will arrive in theatres on April 15. BoxOffice expects a healthy performance from the Jon Favreau directed adventure film, though we're also cautious when it comes to The Jungle Book reaching the same box office heights as last year's Cinderella and 2014's Maleficent.

The weekend of April 15 will also see the release of Warner's Barbershop: The Next Cut and Lionsgate's Criminal. BoxOffice sees the Ice Cube led Barbershop: The Final Cut having the stronger opening between the two, but also expects the Kevin Costner led Criminal having stronger holding power after opening weekend.

- Disney's recent live-action revisions of its animated classics have all been strong box office performers. 2010's Alice in Wonderland exploded with a $116.1 million debut and went on to gross $334.2 million in total, 2014's Maleficent opened with $69.4 million and grossed $241.4 million in total, while last year's Cinderella opened with $67.9 million and finished with $201.2 million.

- The animated version of The Jungle Book ranks highly among Disney's highest grossing animated films when adjusting for ticket price inflation, though obviously the film benefited from receiving three major re-issues over the years.

- Early online activity levels and reaction to the film's trailers have both been positive.

- In comparison to last year's Cinderella, The Jungle Book will have the advantage of higher priced 3D admissions and will likely have more four-quadrant appeal.

- While they have still been very strong, grosses for Disney's live-action revisions have been declining as more have been released. The Jungle Book could decline further from Cinderella with that in mind, especially when it comes to admissions.

- The Jungle Book may not break out with female moviegoers to the degree that both Maleficent and Cinderella did, especially with The Huntsman: Winter's War opening the following weekend.

- In addition to facing competition from The Huntsman: Winter's War, overall demand for The Jungle Book could also be limited a bit from fellow Disney releases Captain America: Civil War and Alice Through the Looking Glass both opening in May.

- Ice Cube has remained a strong box office draw in recent years with the success of the Ride Along films and last year's NWA biopic Straight Outta Compton.

- New Line and MGM recently successfully re-launched the Rocky franchise with Creed and exceeded expectations in the process.

- As was recently seen with both 2014's Dumb and Dumber To and this year's Zoolander 2, it isn't easy for long-awaited comedy sequels to live up to the performances of their predecessors, especially when it comes to admissions.

- While it's still early, Barbershop: The Next Cut has been performing softly on Twitter this far out.

- Early activity levels for the film on Twitter have been solid.

- While Costner has been a solid draw in recent years, he also hasn't had any recent break-out performances either and isn't the box office draw he once was.

- Criminal may not stand out enough from other similar action thrillers over the years. The film could come across as being especially similar to last year's Self/Less, which was a box office disappointment with a debut of $5.4 million and a total gross of just $12.3 million.

Tags: Criminal, Barbershop: The Next Cut, The Jungle Book, predictions