International Box Office: ‘The Girl with the Dragon Tattoo’ Draws a $8.3M Punch 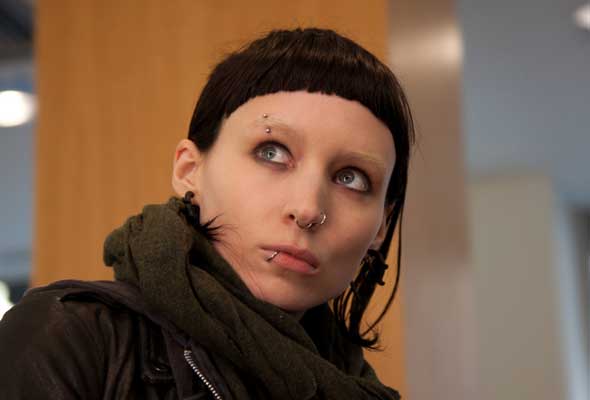 Sony’s The Girl with the Dragon Tattoo might have underwhelmed at the North American box office, but like its Swedish predecessor, the David Fincher adaptation of the bestselling book is aiming for a strong international cume. The film opened in the U.K. and five other smaller markets and collected $8.3M overall from 1,540 sites in 14 markets.

In its first full week of release across the Atlantic, the Rooney Mara and David Craig-toplined thriller grossed $6.7M from 920 screens, a take that already surpasses the $2.34M total that the version starring Naomi Rapace earned. With $12.2M cumed internationally so far, Sony will be hoping that the American release will eventually improve on the original’s impressive $94.29M overseas total.

Alvin & the Chipmunk: Chipwrecked was clearly the kiddie movie of choice this holiday season. The Fox release gnawed its way to a robust $24.35M weekend from 6,764 screens in 57 territories. The figure represents a 48 percent jump from Christmas weekend, and brings the sequel’s international cume to $81M.

Fox’s We Bought a Zoo grossed $5.2M from 1,413 screens in 13 markets. The Matt Damon-led family film opened in 7 new markets this weekend, including Australia, where it earned a one-week total of $3.1M from 279 locations since its Boxing Day release. With $7.8M already in the bank, Cameron Crowe’s comeback vehicle looks set to overtake Elizabethtown’s $25.2M international take by the end of its run.

Beginning its assault on the global box office this week was Disney’s War Horse. The second of two Steven Spielberg releases this holiday season trotted home with a six-day total of $4M from just two markets that represent 7 percent of the international market. The film begins what the studio will hope to be a leggy run as the buildup to the Oscars continues.

Sony’s holiday offering, Arthur Christmas, took in $3.5M from 3,930 screens in 74 territories for an international total of $96.9M.

Horror flick The Darkest Hour, scared up a modest $3.4M from 2,111 screens in 16 markets. The critically-reviled horror flick did enjoy strong openings in Malaysia ($854K from 150 screens) and Singapore ($477K from 44). Next week, the movie will premiere in 17 markets, including Korea, Belgium, Sweden and Taiwan.

In its sixth week of release, Disney’s The Muppets earned $500K from 13 markets, bringing its international total to $9.3M.

Fox’s In Time banks another $1.3M from 1,006 screens in 13 markets, bringing its international cume to $103.5M and confirming Justin Timberlake as a ticket seller overseas.

Tags: The Girl with the Dragon Tattoo, War Horse, Alvin and the Chipmunks: Chipwrecked, We Bought A Zoo, Arthur Christmas, The Darkest Hour, The Muppets, In Time