International Box Office: ‘Sherlock Holmes: A Game of Shadows' beats out chipmunks and Tom Cruise to the top with $43.4M 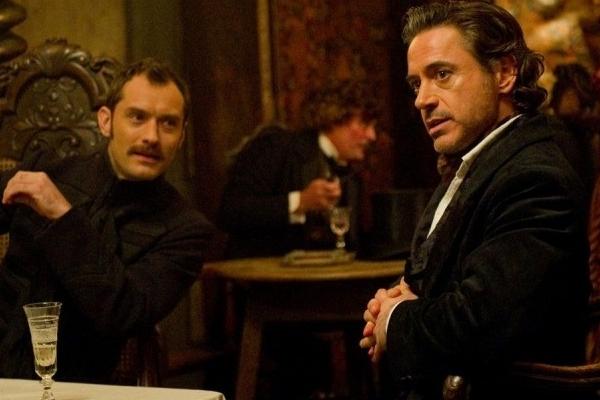 The Guy Ritchie-directed action adventurer opened in pole position in Australia ($6.5M) and Spain ($4.9M) and held on to top spots in Germany ($3.3M) and Russia ($7.1M). The film has now cumed $177.2M overseas, and looks set to top its predecessor's $315M overseas run, with major markets like Argentina, Brazil, China, France and Japan still to open.

Proving that chipmunks can be leggy too, Fox’s Alvin & The Chipmunks: Chipwrecked had its best showing yet, grossing an impressive $30.1M, which was a 24% increase from last week, from 7,120 screens in 62 markets, bringing the international total to $128.4M.

Shrek spinoff Puss In Boots earned $18.2M from 5,779 screens in 52 territories. The Paramount-distributed film has been a great success internationally, as it officially crosses the $300M mark to cume a total of $311.6M thus far.

Sony's The Girl With The Dragon Tattoo claimed the No. 5 spot this weekend, grabbing $12.6M from 1,925 locations in 33 markets. The David Fincher version of the bestselling novel bowed at No. 1 in Hong Kong and South Africa and has now earned a total of $29.3M overseas.

Beginning its international run late is Warner Bros' J.Edgar, which bows to $6.1M in six markets. In Italy, the Leonardo Dicaprio film about the infamous FBI chief debuted at a strong No. 2 with $4.4M. Upcoming key markets to open include France (Jan 11), Germany (Jan 19) and the UK (Jan 20).

Horror film The Darkest Hour opened in 17 markets this weekend and earned $5.6M from 2,487 screens in 30 markets, lifting its international cume to $16.2M. Next week, the Fox movie will expand to France, Holland, Mexico, Spain and the UK.

Opening first in its native UK, Fox’s Oscar hopeful The Iron Lady bowed in third place to an excellent $3.4M from 461 screens.

Martin Scorsese’s Hugo earned $2.9M from 723 location in three markets – Russia and Ukraine, where it premiered, and a third week in Belgium. The Paramount film opened with $2.5M from 593 venues in Russia. The film’s overseas cume is $3.7M.

Also grossing $2.6M from 546 locations in 13 Paramount-distributed markets is The Adventures of Tintin. The cume in these territories now stands at $69.5M.

In its second weekend of release, Disney’s War Horse grossed $2.0M in four territories that represented 9% of the market. Clearly, this will be a slow and steady race for the equine movie.

The Muppets, increased 40% in its seventh week of release to earn $700K. The Disney production was boosted by expansions in four new markets, bringing its total market count to 17, representing 17% of the international market.

Winding up a successful run is Fox’s In Time, which added another $752K from 773 screens in 10 markets, lifting its international total to $105.4M.

Tags: Alvin and the Chipmunks: Chip-Wrecked, Mission: Impossible - Ghost Protocol, Puss In Boots, The Darkest Hour, the iron lady, hugo, We Bought A Zoo, the adventures of tintin, war horse, the muppets, in time, sherlock holmes: a game of shadows, j. edgar, new year's eve, The Girl with the Dragon Tattoo