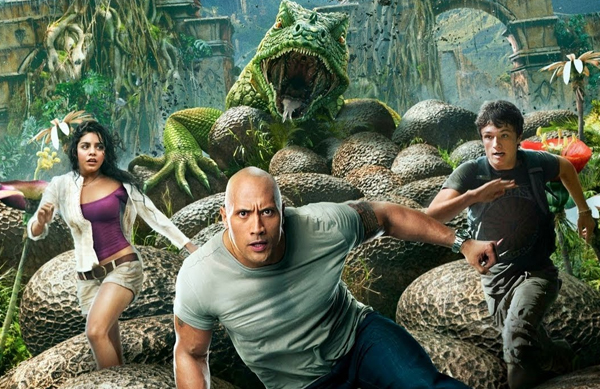 Warner Bros.’ Journey 2: The Mysterious Island continued its unexpected breakout run at the international box office, leading all movies for a second week in a row in a tepid market as it taking in yet another $26M from about 8,700 screens in 43 markets

The film opened in two markets this week – France, where it took in $3.4M in second place behind local film La Verite Si Je Mens , and Spain, where it was No. 1 with an estimated $2.0M.

With $128M already banked, Journey 2 is on track to pass $200M overseas – yet another example of Dwayne Johnson bringing his box office muscle to a movie franchise.

Extending its tussle with The Vow to the international market, Universal’s Safe House fell 41% to earn $6M from 35 territories in its second week of release. The Denzel Washington action vehicle has grossed $19.6M thus far, with 28 more markets still to open. Next week, the movie will expand into 11 territories, including France, Germany and the UK.

While it has almost concluded its run in the rest of the world, Fox’s In Time opened in Japan this week to blockbuster results. The sci-fi thriller nabbed the No. 1 spot and earned $4.4M from 427 screens in the land of the rising sun. The Fox production has grossed an above-average $112.4M overseas, confirming Justin Timberlake’s appeal abroad.

Debuting in three markets - the UK, France and South Korea - Columbia Pictures co-production Ghost Rider: Spirit of Vengeance earned a disappointing $4M. It's early days, but all signs point to the Nicholas Cage comic book sequel underperforming compared to the original from 2007.

Chronicle opened in six new markets, which boosted its take to $3.8M from 1,656 screens in 41 markets. The teen horror flick has now zoomed past $30M overseas.

Warner Bros.’ Sherlock Holmes: A Game of Shadows trudged along with another $3.0M from 2,350 screens in 53 markets, to take its overseas total to $325M. Its last market to open is Japan on March 10.