International Box Office: 'Journey 2: The Mysterious Island' On Top Once More with $18.5M 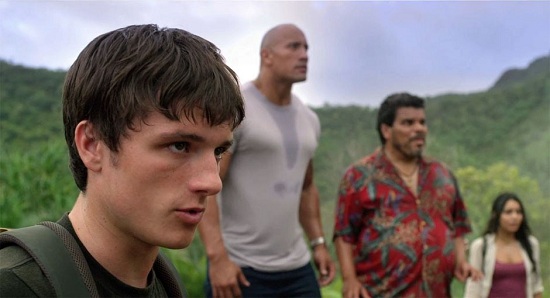 With no new big franchise titles out in the international marketplace, Warner Bros.’ Journey 2: The Mysterious Island continued its reign atop the overseas box office, grossing $18.5M from 8,500 screens in 48 markets.

This weekend, the family adventure movie opened atop the Italian charts with $2.4M from 418 sites, while France added $2.7M in its second week. Powered by the casting of Dwayne Johnson, the sequel has now surpassed the original’s $143M overseas lifetime gross, as its tally is now $159.2M. A finish over $200M looks highly likely now for the burgeoning franchise film.

In second place was Universal’s Safe House, which rebounded 130% from last week to earn $13.6M from 3,389 screens in 46 markets, bringing the film’s total to $35.9M. The Denzel Washington thriller’s climb was aided by openings in 11 territories, including the UK ($3.6M at 425 dates, making it Washington’s biggest UK opening after American Gangster), France ($2.2M at 309 dates) and Germany ($2M at 360 dates). The film is still to open in 16 more markets, with Italy, Korea and three others to do so next weekend.

Fox’s This Means War inched up a notch from its $11.0M total last week, earning $11.7M from 2,969 locales in 41 territories to claim third. Reese Witherspoon’s rom-com drawing power clearly is still strong overseas, as the movie debuted at No. 1 in 8 new markets, while Russia ($3.5M, down 23%) and Australia ($1.4M, down 29%) enjoyed muscular second week holds. So far, with only two of the top 10 overseas markets having released, the movie’s international cume stands at a healthy $27.0M.

While it is unlikely to nab the Best Picture Oscar, Martin Scorsese’s Hugo enjoyed an Oscars boost this weekend, as it grossed $6.7M from 1,851 locales in 35 Paramount-distributed territories. In Spain, the film bowed at No. 1 with $2.1M from 278 screens, while in Brazil, the film increased 35% in its second weekend to earn $1.3M from 239 sites. So far, Hugo’s total in these 35 markets in $37.9M, but an Oscars boost next weekend should pump that figure up by some.

Another Oscar hopeful, Alexander Payne’s The Descendants, also held strong, grossing $5.3M from 2,615 sites in 51 territories. The Fox release has now cumed $77.7M overseas, thanks in large part undoubtedly to the appeal of George Clooney.

The third Oscar Best Picture nominee in this week's top 10 is Disney's War Horse, which trudged along with another $5.1M from 48 markets to take its total overseas to $62.7M.

Meanwhile, George Lucas’ 3D re-release of Star Wars: Episode I – The Phantom Menace 3D brought home another $5.0M this weekend from 3,003 sites in 59 markets. For this particular release, the iconic Fox feature has grossed $46.1M internationally so far.

Lowly-budgeted horror flick The Devil Inside also added another $5M from 1,173 screens in 20 territories to its coffers to take its overseas cume to $15.5M. The movie jumped back to box office life with five openings this week. Especially impressive was Mexico’s $2.2M take, which represented the second highest all-time horror opening, Paramount noted in its email.

Close behind was fellow Sony release, Underworld: Awakening, which hauled in another $4.5M from 2,134 screens in 53 territories. South Korea opened with $1.2M on 404 screens to take its strong overseas cume right near the $75M mark.

Falling 59% was Paramount’s heavyweight Mission: Impossible – Ghost Protocol, which grossed $3.4M from 3,637 screens in 65 markets. Again, China provided the bulk of its late strength, contributing $2.4M of that figure from 3,000 sites. The Tom Cruise vehicle’s international total is now an eye-popping $471.5M.

Debuting at No. 1 in Australia with $1.8M, Mark Walberg’s action flick Contraband also rebounded sharply to take home $2.2M from 600 screens in 20 territories in all. The Universal release’s overseas total now stands at $12.2M with 33 markets still to open.