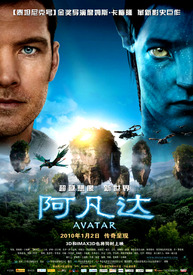 China Daily reports that Galloping Horse America, a division of a Beijing-based media company, and Florida-based Digital Domain, a special effects company started by James Cameron, signed an agreement on Sunday that will bring about a new level of collaboration between an established special effects factory and a growing film market.

Digital Domain's CEO Ed Ulbrich plans to have a digital effects training center and a special effects production base in China set up within five years.

This deal was first announced at the end of September. India's Reliance MediaWorks will also own part of Digital Domain.

Digital Domain has worked on films such as Avatar, X-Men: First Class and Transformers: Dark of the Moon. The $30.2 million deal with Galloping Horse/Reliance MediaWorks helped bring Digital Domain out of bankruptcy.