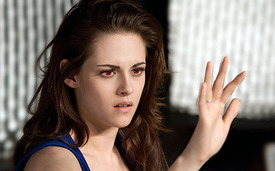 Thursday Update #1: Some early international numbers are coming in for The Twilight Saga: Breaking Dawn - Part 2. It's all good news:

Deadline.com reports that Breaking Dawn - Part 2 has already grossed $1.8 million in France, $264K in the Netherlands, $362K in Sweeden and $531K in Belgium. Part 2 is outpacing Part I in all those territories.

THR.com reports that Part 2 is also off to a strong start in Italy with $2.8 million on its first night. That's enough to push Part 2 past The Avengers for the distinction of 2012's best opening day in Italy.