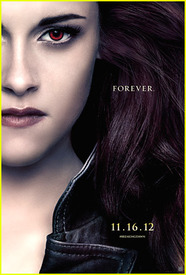 Sunday Update: Summit estimates that Breaking Dawn - Part 2 opened to $141.3 million during its debut frame. The opening pushed Lionsgate pass the $1 billion domestic mark for the first time. The distributor has grossed $1.09 billion in 2012. Key stats:


Saturday Update: The official Friday estimate for Breaking Dawn - Part 2 is $71.2 million. Summit estimates "in the range of $135 million" for the weekend.

$71.2 million represents the sixth highest opening day of all time, and it ranks behind Breaking Dawn - Part 1 with $71.6 million and New Moon with $72.7 million.

Here's how the other Twilight films performed at midnight: