Golden Globes Analysis: Why 'Silver Linings Playbook' Has The Most To Gain 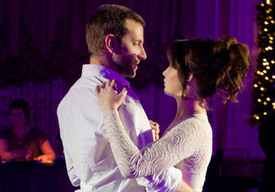 Update: It's really a shame that Argo is at the tail end of its theatrical run. Wow. It could have tacked on another $15-$20 million if it was still in the middle.

Original: Whether or not Silver Linings Playbook wins any Golden Globes tonight doesn't really matter. It will still gain a lot financially.

The Weinstein Company release has grossed $41.3 million domestically and it's currently playing at 810 locations. Banking on awards attention before rolling the film out to 1,500+ locations is shaping up to be a wise move on the part of TWC. The quirky dramedy jumped 38% weekend/weekend thanks to snagging key Oscar nods for Best Picture, Actor (Bradley Cooper), Actress (Jennifer Lawrence), Supporting Actor (Robert De Niro) and Supporting Actress (Jacki Weaver). Attention from the Globes will give it yet another boost. Silver Linings Playbook is quickly turning into the new must-see for moviegoers who have already watched other awards season darlings.

Silver Linings is the Globe nominee for Best Pic that is in the best position to benefit from all the attention that will come its way thanks to red carpet interviews, style gurus analyzing Jennifer Lawrence's dress, and cutaways to the TWC table. Lincoln, Django Unchained, Life of Pi and Les Miserables are already massive blockbusters and they would continue to do well even if they weren't getting awards attention. Argo is at the tail end of a very successful theatrical run, so a surge at this point is unlikely. As for Zero Dark Thirty, a $24 million debut frame means that it could easily end with $100 million domestically. The Best Exotic Marigold Hotel, Moonrise Kingdom and Salmon Fishing in the Yemen are already available on Blu-ray, so they can't benefit theatrically.