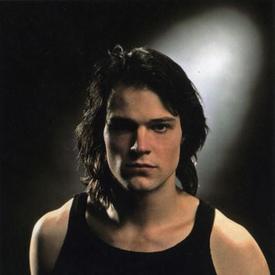 Danila Kozlovskiy has been cast as the lead in Vampire Academy: Blood Sisters, the first in a potential six-film franchise based on the bestselling series by American author Richelle Mead. Kozlovskiy is an unknown in the States but a big name in Russia where his latest film Dukhless (Soulless) was a $14 million hit, one of the biggest domestic successes of 2012. Vampire Academy features the 27-year-old two-time Best Actor winner as Dimitri Belikov, the protector of two paranormal teenage girls and main heartthrob in the series. The first Vampire Academy film will be produced by Don Murphy (Transformers) and has announced a very rough theatrical release date of 2014. Said Murphy, "The great thing about the VA books is if you actually read them, they will obsess and absorb you. Richelle Mead created a world that we think is more seductive than either Twilight or Hunger [Games]. We aim to get that word to the screen intact." To date, the Vampire Academy series has sold over 8 million copies in 35 countries, and the pivotal casting of a big name Russian actor is a smart move for a series that wants to mimic Twilight's huge international success. Mark Waters (Mean Girls, Spiderwick Chronicles) will direct.