Super Bowl Bump: Which Films Performed Best On Twitter After The Big Game? 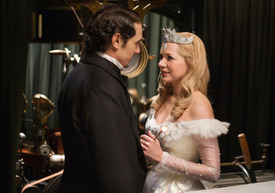 Ad time during the Super Bowl has long been one of the most sought after (and indeed expensive) airtime slots in America. The average cost to air commercials in this year's game was $4 million for one 30 second slot. That's a whole lot of money considering that the most expensive ads during primetime for regular programming is  around $500,000 for 30 seconds. The reason for the bloated rates is simple: over 108 million people tuned in for this year's game.

Traditionally polling has been carried out by firms such as USA Today with their Ad Meter and other large industry monitors to gauge just how effective all of this money was for advertisers by polling pre-defined users for their responses. However, the effectiveness of these polls are becoming increasingly diminished as they often don't take into account the social media response to said ads. The industry has wised up and more focus has been paid in recent years to social media outlets for these ads but one component that's usually missing is historical data.

We decided to take a look back at how other films performed on Twitter after running ads during the Super Bowl. The stats reveal quite a bit about what works and what doesn't.

One thing to note is that a day in our tracking system ends at 7PM EST. Since the super Bowl started at 6:30PM EST that means most of the tweets for the trailers fell into Monday's data which is what is listed for the results.

Here are my observations about the numbers

- Fast & Furious 6 had the largest return of any film that aired commercials during the game in the last 3 years.

- Despite the huge numbers Fast & Furious 6 posted, it also was the first film to have more negative tweets than positive tweets.

- Even though it had the lowest tweet count, Oz: The Great and Powerful had the highest positive to negative ratio of any film in the last 3 years. Also since should skew female and younger and the Super Bowl skews heavily male and older it stands to reason why its tweets lagged.

- Twitter has accurately called the top earner each of the last two years but this year it would be a huge shocker if Iron Man 3 didn't out gross Fast & Furious 6 given the past performances of both franchises.