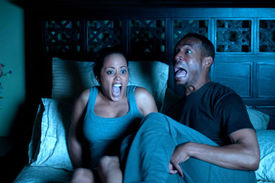 Four new releases opened in Brazil over the weekend and none came close to dethroning Hansel and Gretel: Witch Hunters in its second week of release. The Paramount fairy tale flick raked in $2.5 million to bring its cumulative gross to $10.2, more than enough to dominate the weekend. Fighting over the #2 slot were the launches of the Wayans Brothers' A Haunted House and the Bradley Cooper Oscar contender Silver Linings Playbook, with Haunted narrowly squeaking out a win with $877K to Silver Lining's $857K. But the good news for Cooper and his co-star Jennifer Lawrence: Silver Linings opened on 105 fewer screens -- its $4661 per-screen average was the third-highest of the weekend, just behind Hansel and Les Miserables ($738K in 4th place).