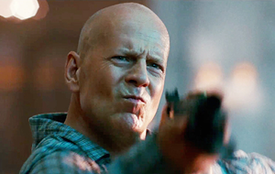 With no new openings, the box office was driven by the excellent results from holdover markets lead by France with $3.5m and a cume of $10.6m. This was followed by Germany with $1.9m and a $12.8m cume; Brazil with $1.8m and the #1 position; and Japan with $1.6m and a $17.2m cume. Five markets remain to open, including Australia and China later this month.

Germany led the way where the film made a spectacular $5.4M from 408 locations for a blazing #1 opening, which was 700% above Red Riding Hood, 78% above Underworld Awakening, 25% above Snow White and the Huntsman and 328% above Abraham Lincoln, Vampire Hunter.

Spain also opened at #1 with an excellent $2.4M at 487 theaters. This opening was slightly better than Underworld Awakening and more than doubles the openings of Red Riding Hood and Abraham Lincoln, Vampire Hunter.

The UK also took a strong $2.4M from 404 locations, good for #2 (behind Wreck It Ralph), and better than Underworld Awakening, Red Riding Hood and Abraham Lincoln, Vampire Hunter.

Also of note was the opening in Austria, where Hansel grossed an amazing $800k for a clear-cut #1 opening, almost 50% above Snow White and the Huntsman, more than double Underworld Awakening and at more than triple the level of Red Riding Hood and Abraham Lincoln, Vampire Hunter.

The film played in a total of 54 territories in over 3500 cinemas and holdovers only dropped by 30%. France opens next week.

Jack the Giant Slayer took in $13.7 million from 1,824 screens in 10 Asian markets. The global cume is now $41.7 million. The film ranked a strong #1 in 7 out of 9 territories (the exceptions being Korea and India where we were by far the #1 US film in release).

Lincoln tacked on another $3.8 million, pushing its overseas total to $73.8 million. The global total is $253.9 million.