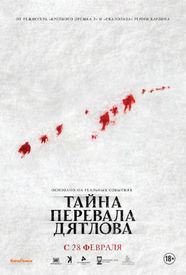 Official numbers are still rolling in, but three Russian productions have staked out their claims at the top of the box office. In the #3 spot is last week's champion, the subway disaster thriller Metro. Just ahead of it should be the Renny Harlin snowbound mystery The Dyatlov Pass Incident, while the sex comedy What's Happening, Man should have capitalized on its early Thursday take to dominate the charts at #1. Not in the top three? Any of the weekend's U.S. releases, which included Judd Apatow's This is 40 and the animated cartoon Escape From Planet Earth.