Russia Greenlights Its Own 'Social Network' 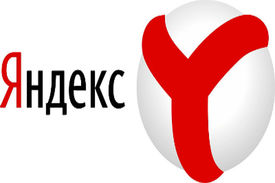 How do you say "Google" in Russian? Yandex. The Yandex search engine is the most-visited site in Russia and the fourth-largest search engine around the world with over 50.5 million unique users a day, as the locally developed program has a more sophisticated understanding of the Russian language and inflection than its Silicon Valley competitor. And now, Yandex is getting its own feature film, Startup, which spans from 1995 -- shortly after the fall of Communism -- to the present, and will focus on the friendship between Yandex's two main developers, Arkady Volozh and Ilya Segalovich. The film will cost just $2 million compared to the $40 million invested in David Fincher's The Social Network, and producer Irina Smolko stressed that there are other individual reasons why this story needs to be told. "Russia has its own mentality, their understanding of life and attitude to success. And it is fully reflected in our characters," said Smolko. "These people are not just born, and suddenly became so smart. These are people who in the '90s suffered ridicule, they were told 'If you're so smart, show where your money is.' Is this similar to what happened in the U.S.? I would say that this is a film about a time when art and consciousness conceived the most innovative, interesting people in Russia."