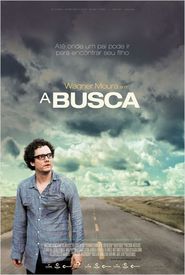 Eight flicks open this weekend in Brazil, but not are expected to dethrone Oz: The Great and Powerful from the #1 spot on the charts. The biggest challengers are the low budget Hollywood thrillers An Escape, starring Eric Bana and Olivia Wilde, and Broken City, starring Mark Wahlberg and Russell Crowe. But as neither of those flicks did much business stateside, they aren't carrying much, if any, buzz with them to Brazil. Local drama The Quest could fare better as it stars big name Brazilian actors Wagner Moura (Elite Squad) and Mariana Lima in a film about a married couple searching for their son, but with Oz reviews strong enough to ensure a second good weekend, expect to see the Wizard on top at the end of the weekend.