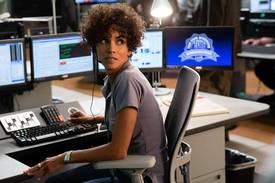 Halle Berry will travel to Rio on April 8th for a press conference and the premiere of her new thriller, The Call. In The Call, Berry plays an emergency 911 receptionist who receives a phone call from a kidnapped young woman (Abigail Breslin) that dredges up her own painful past. The Call has already opened stateside to solid reviews and box office -- the $13 million flick has made $31 million domestically in just two weeks -- and will launch in Brazil on April 12th. Halle Berry's last film, Cloud Atlas, opened to just $1.5 million in Brazil and left theater with a total of $4.9 million. The Call is her chance to rebound her box office image, which has taken a hit in the last five years, so her Brazil visit may prove well worth the trip.