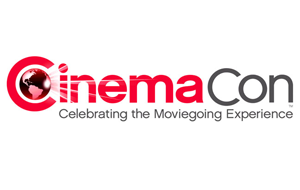 Moderator Elvis Mitchell played host to a filmmakers' luncheon on Wednesday at CinemaCon. On stage for the special event were the renowned Sam Raimi, Oliver Stone, and Guillermo del Toro.

They began the afternoon's discussion with a debate on horror versus tension in film and how it pertains to attracting--and keeping--an audience. Stone commented that he's "too old for horror" now, preferring tense moments in his films. Raimi and del Toro differed somewhat, though all three generally agreed that tension was necessary to sell moments of horror (similar to setting up a joke in comedy). "Horror has to be transgressional," said del Toro, believing that pushing boundaries comes with the territory of the horror genre.

The conversation then turned more toward general topics. Raimi aims at making his movies specifically for an audience, while Stone adamantly feels that early screenings can be a hindrance to the final product. He cited his 1991 hit, JFK, as an example. Having denied test screenings for the film, Stone feels that was a blessing for the end result because it allowed them to focus on assembling the film rather than throwing it at an audience with incomplete information on a complex subject. Guillermo del Toro went on to explain that during the process of creating a movie he "discovers the moment" a movie will find its audience.

del Toro further explained his philosophy to be that an audience's desire for going to see movies boils down to two reasons: to see a reflection of ourselves, or to escape.

The panel then began revealing the biggest concerns of the present and future state of moviegoer experiences. Stone referred to what he calls the "copy/cut" phenomenon--not being able to tell the difference between action movies because marketing campaigns are are trying to emulate past successful films. "Content is king," said Stone, "and style is important but it gets old."

Raimi's concerns gravitated more toward exhibition. He emphasized that full immersion in theaters (such as Dolby Atmos and Barco systems) are integral toward driving theatrical attendance because those are experiences that cannot be replicated in the home--nor will they be for a long time. Raimi also would like to see the industry settle on fewer standards (or one). When filmmakers are mixing their work for a large variety of sound platforms, "quality may not pass down the chain," said Raimi. He then compared his hope for a standard in that arena to the standardization of 24 frames-per-second as the norm for film frame rates and how it helped to establish a consistency in the industry. del Toro differed somewhat, saying that he wants "more brushes" with which to paint his canvas.

As the forum wound down, Stone emphasized his poor experiences with regard to presentation in theaters. While some theaters may be putting the care and attention to detail necessary for a quality movie presentation, others aren't. He cited his experience of seeing The Avengers last year in a digital auditorium where the light exposure was low enough to make the picture significantly darker than optimal conditions. Further proclaiming that digital cinema has resulted in no projectionists being present and the theater "running on automatic", Stone feels strongly that theaters should exercise better management and ensure that presentation is always made a top priority. If that happens, the movie theater will go "back to being a sacred temple for the audience...and they will stay loyal."

The three versatile filmmakers closed their discussion by saying they all still go to theaters despite the occasional quality and presentation issues that are encountered. "Exhibition is the last frontier", said del Toro. Filmmakers and audiences both go to theaters because that's where movie-lovers go. Today's panel revealed just how important it is--for filmmakers, theater owners, and moviegoers alike--to protect that unique experience.