Oblivion was the only film to gross over $1 million in Germany last weekend, taking in $2.5 million for the top spot in its opening weekend. It faced no competition as the sole new release to hit theaters. The slew of hold-overs fared poorly with per-screen averages in the hundreds for all the films that fell below the top three. Hansel and Gretel: Witch Hunters is still enjoying its continued success in the country, reporting a $17.5 million cume that has carried its overseas total since its release. Django Unchained has been in theaters for thirteen weeks and is still in the top ten. The Quentin Tarantino film starring German Academy Award winner Christoph Waltz has grossed over $50 million Germany. 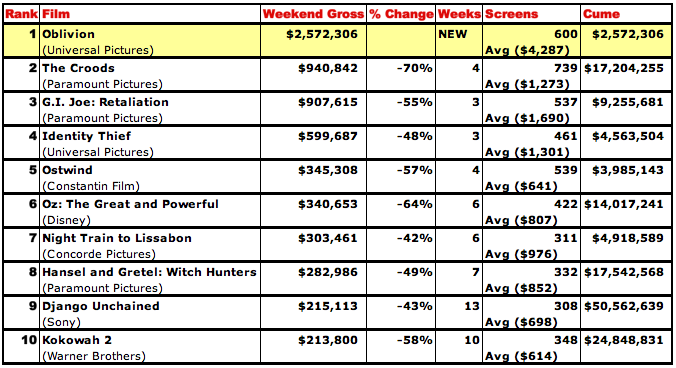