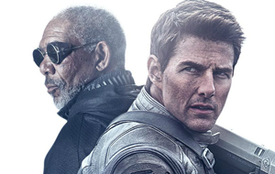 Oblivion trounced four new releases to stay on top of the German box office in its second weekend. The Tom Cruise film grossed $5 million over the weekend, a considerable distance from Mama's $1.6 million premiere in second place. I Give it a Year ranked in third with $1 million.

The Croods came in fourth place during its fifth week in release. The animated film has grossed $18.1 million in Germany to date.

Hansel and Gretel: Witch Hunters finally slid out of the top ten after eight weeks in release. Bryan Singer's fairytale adventure has grossed an impressive $17.7 million in Germany, among the best markets for the Paramount release. 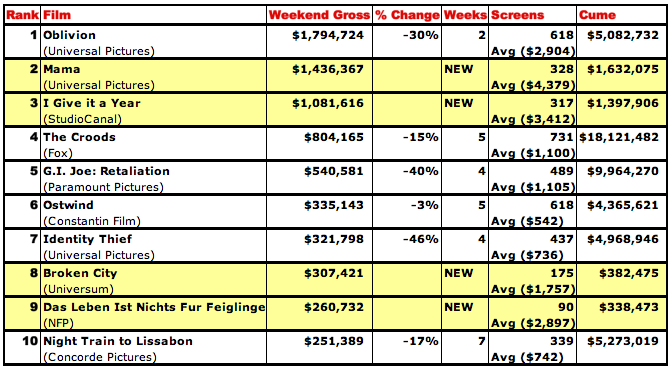