No Iron Man? No problem. The German box office had three films in the top ten break the $1 million mark despite the country being one of the few major territories to not premiere Iron Man 3. Scary Movie 5 took advantage of the vacancy and won the top spot at the box office, grossing $2.5 million. It was twice the amount that Oblivion made in its third week in Germany; the Tom Cruise film settled for second place with $1.2 million to reach a $6.7 million total in Germany. Mama dropped 27% and still managed to bring in $1 million over the weekend. Steven Soderbergh's Side Effects opened in number 6 with a strong $3,737 per-screen average. 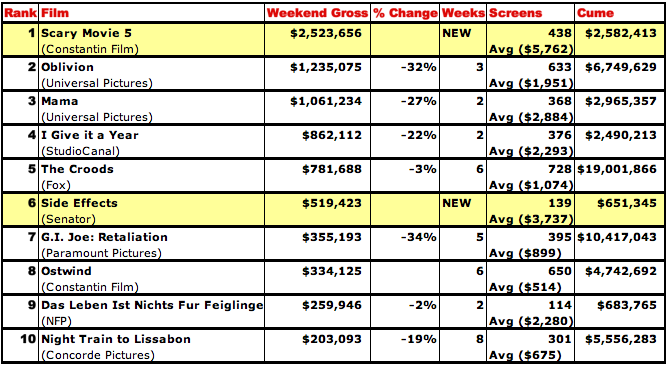