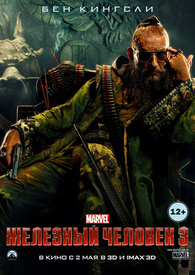 Disney is reporting that Iron Man 3 recorded the most successful opening day in Russian box office history on Thursday. Iron Man 3 grossed $8 million on its first day in release. The superhero film is expected to easily replace domestic film Legend No. 17 as the #1 film at the box office this weekend.