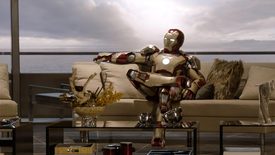 Iron Man 3 opened strong in Germany with an $8.9 million debut weekend. The superhero film was well above second place Scary Movie 5, which grossed $1.2 million over the weekend for a cume of $4.7 million in Germany. Oblivion tumbled 54% to fifth place in its fourth week, averaging just north of a thousand dollars per screen. Oblivion has grossed $7.6 million in Germany and the $10 million benchmark is looking less likely as the weeks pass. 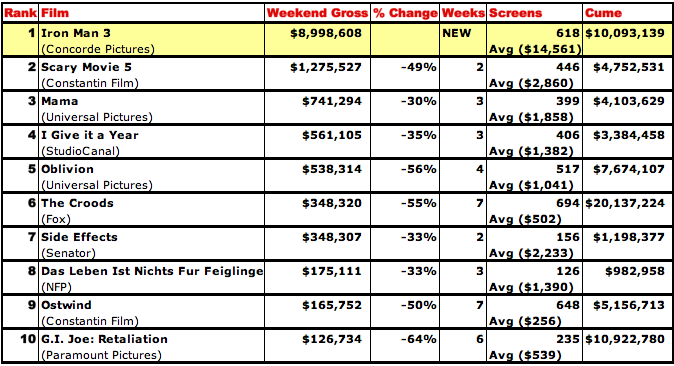