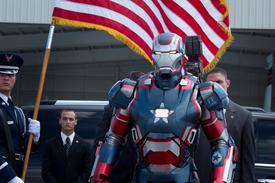 Iron Man 3 was the only film to break the $1 million mark over the weekend, winning the top spot at the box office for the third consecutive week on its path to an $18.9 million cume. Hansel and Gretel: Witch Hunters dropped 37% and held on to the number two spot, reaching a $2.4 million total in Italy. Evil Dead opened in third place with the highest per-screen average of the weekend, scoring $2,425 per-theater in 268 locations. 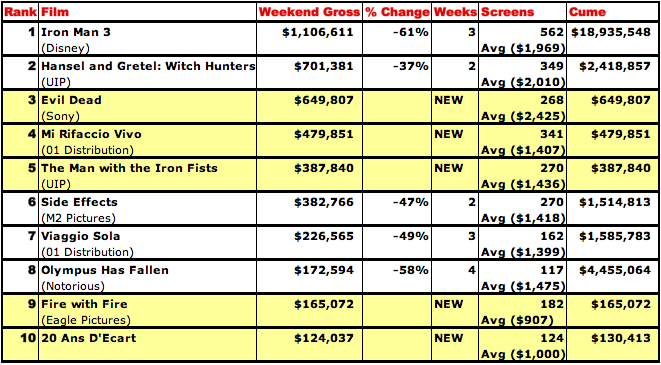