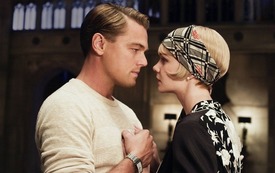 SUNDAY UPDATE: The Great Gatsby broke the $100 million global mark over the weekend after grossing $42.1 million across 49 overseas territories. Baz Luhrmann's adaptation of the F. Scott Fitzgerald novel is the highest-grossing film of the Australian director's career. The film still has releases in several major markets in the coming weeks: Australia (May 30th), Mexico (May 31st), Brazil (June 7th), and Japan (June 14th). The film ranked in #1 in France, Italy, Spain, and Taiwan.

SATURDAY UPDATE: The Great Gatsby added 19 territories on Friday, grossing $10M from 49 countries. The overseas cume is now $17M heading into the weekend and already surpasses the entire opening weekend of Moulin Rouge ($13M in the same 49 markets). The gloval total is $83.7M ahead of Saturday and Sunday's grosses.

FRIDAY UPDATE: The Great Gatsby opened in 27 markets for an early $5.4 million overseas total as it expands to Spain and several other markets over the weekend. Baz Luhrmann's adaptation of F. Scott Fitzgerald's classic novel is on track to become the Australian director's highest grossing opening weekend. Check back with us throughout the following days as we bring you updates on Gatsby abroad.