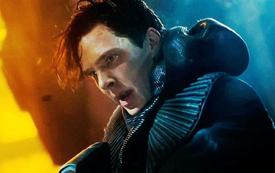 Star Trek Into Darkness held on to the top spot in Australia for the second consecutive week. The sci-fi sequel grossed $3.1 million over the weekend to reach a $9.8 million total in Australia. Iron Man 3 showed resiliency in its fourth week, falling a mere 33% for the second position in the top ten. Iron Man 3 has grossed a total of $35.8 million in Australia. The Call and Snitch had relatively successful openings, placing third and fourth respectively. The Big Wedding saw a big slide in its third week, falling 41% compared to the previous weekend. Australia is still an important market for The Big Wedding after the film's lackluster performance in North America. The Australian cume for The Big Wedding is currently a healthy $4 million. The Place Beyond the Pines packed screens in its second weekend with a $7,960 per-screen average, the highest in the market. The Croods showed no signs oF slowing down in its eight week, reaching a $25.3 million total in Australia. The Croods has benefited from the lack of any direct competition from animated films for over the last two months. 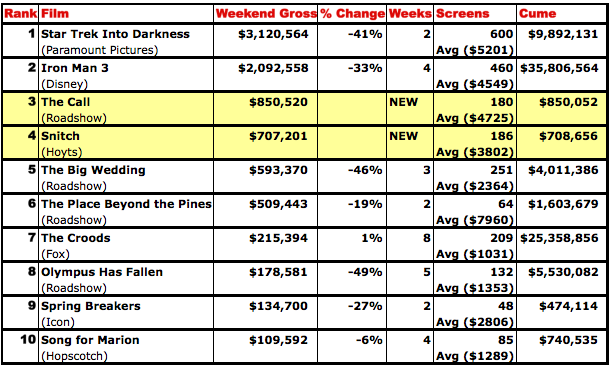 Tags: Iron Man 3, Australia, Star Trek Into Darkness, The Big Wedding, The Place Beyond the Pines