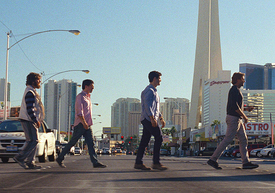 An $8.6 million opening weekend was more than enough for The Hangover Part III to take the top spot in Australia. Fast & Furious 6 hasn't been released in Australia, a factor that helped the comedy lead the box office with a $17,375 per-screen average across a market-leading 496 screens. The Australian gross will come as great news for the film's producers, left wondering what parts of the formula failed in the North American box office this time around. Star Trek Into Darkness continued its strong run at the box office, reaching a $12.5 million cume in its third week after a $1.7 million weekend. Iron Man 3 had another positive weekend in its fifth week, adding $1.1 million over the weekend to reach a $37.6 million cume. 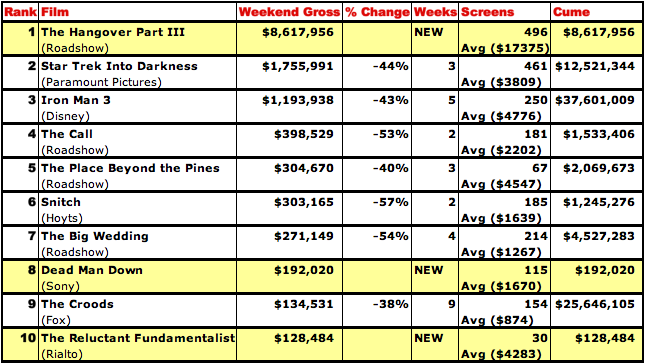