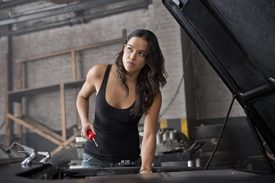 Fast & Furious 6 had one of the best opening weekends of the year in Mexico, grossing a whopping $12.6 million. It was an overwhelming impact at the box office, with only one other film, Epic, breaking the $1 million mark. Epic raised its total gross to $6.4 in Mexico. The Fast & Furious sequel gave a knock-out blow to the momentum that Iron Man 3 carried from last month. The superhero film grossed under $1 million for the first time since its release in Mexico five weeks ago, reaching a $47.4 million cume. Star Trek Into Darkness also saw itself adversely affected by the success of Fast 6, falling 72% to fifth place in its third weekend for a $6.2 million cume. 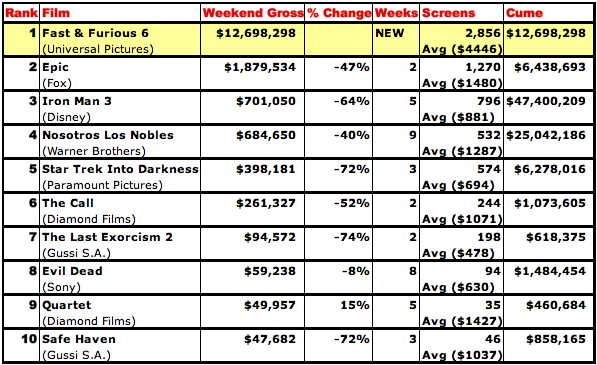