ITALY: Another 'Hangover 3' Weekend Has 'After Earth' Premiere in Second Place 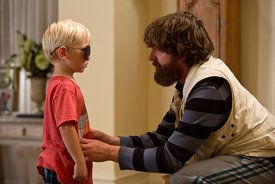 After Earth couldn't muster enough excitement in Italy to open above The Hangover Part III. The adult-themed comedy continued its run atop the Italian box office with a $2.9 million weekend, falling 63% from its opening take. The Hangover Part III has become a rapid success in Italy with a $13.4 million cume. The overseas total for the comedy now stands at $170.4 million, giving new life to a film that has struggled to perform in North America. After Earth was less lucky, taking in $2.3 million for second place after opening in 442 screens. After Earth has an overseas total of $49 million that will continue to grow as the film expands worldwide. Fast & Furious 6 suffered a steep 70% drop in its third week but won't be complaining after posting a $15.8 million total in Italy. The car caper film took the fourth spot in last weekend's top ten, a position above The Great Gatsby in its fourth week. Gatsby is still just outside the $10 million mark in Italy, currently boasting a comfortable $9 million total a month into its release. 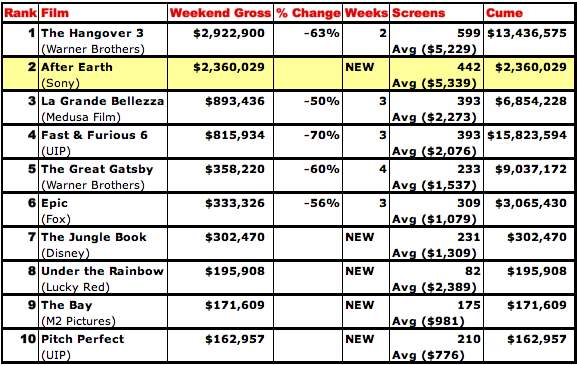