TRIBUTE: James Gandolfini's Work In Film Should Not Be Forgotten 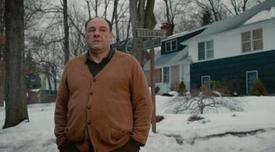 James Gandolfini's death at the age of 51 means that we have lost an actor at the top of his game.

Gandolfini will always be known as Tony Soprano. Landing the lead role in David Chase's mob opus turned him into a household name, and Gandolfini's work stands alongside Al Pacino's in The Godfather trilogy as a complex, nuanced, and at times frightening, portrayal of a man brought down by a violent way of life. Yet Gandolfini did not let that role define him as an actor. Far from it. In recent years, Gandolfini effortlessly stole scenes in films such as In The Loop, Killing Them Softly and Zero Dark Thirty. While other actors would have kept themselves busy spending royalty checks and cashing in on past successes, Gandolfini continued to evolve and challenge himself.

Many Sopranos fans probably missed the Gandolfini/Chase reunion that happened in Not Fade Away, a criminally underrated 2012 release. Chase's passion project failed theatrically, but it deserves a second chance. Gandolfini's work in the film is quietly devastating, and his repressed father character is miles away from Tony Soprano.