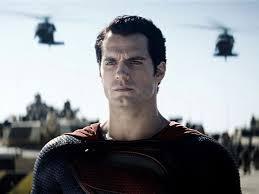 A $7.9 million opening weekend in France helped Man of Steel dominate the box office against three other new releases that broke into the top ten. The Warner Bros. Superman reboot averaged $9,243 in 862 locations to win in the per-screen average column as well.

The French comedy Josephine came in second place with a $1.5 million opening weekend. The French comedy features a cat named Brad Pitt and it will be interesting to see if the feline can put up a fight against the upcoming release of the human Brad Pitt's World War Z.

Star Trek Into Darkness fell 60% in its second frame to bring in $1.3 million to its French gross. The sci-fi sequel has made of $5.3 million in France. It was just enough to knock down the opening weekend of Les Beaux Jours, which opened in nearly half the current screen count of the latest Star Trek and managed to challenge the Hollywood blockbuster for third place. Fellow Hollywood sci-fi film After Earth fell 38% in its second weekend for a $1.1 million three-day gross and an $8.2 million French total. 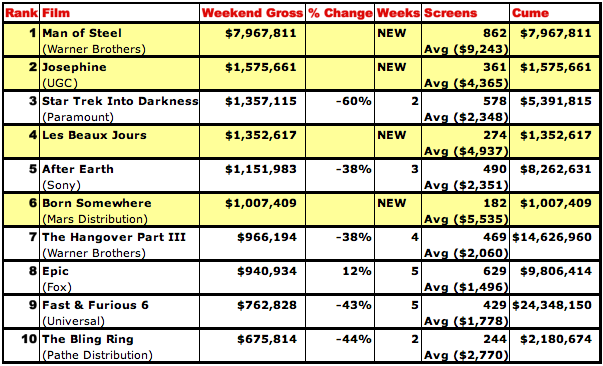