RUSSIA: 'World War Z' is the Biggest Non-Franchise Opening of the Year 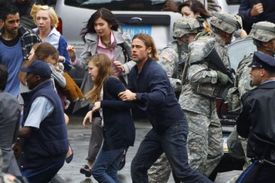 The WWZ debut was a big hit for Man of Steel. The Superman reboot fell a whopping 74% in its second weekend, adding $1.5 million to take its total to $9.3 million. Now You See Me grossed $1.1 million over the weekend to take its Russian cume to an impressive $18 million. Unfortunately, the high grosses of the top four films meant paltry takes for everything else in release. The bottom half of the top ten is completely made up by films that grossed under $200k. 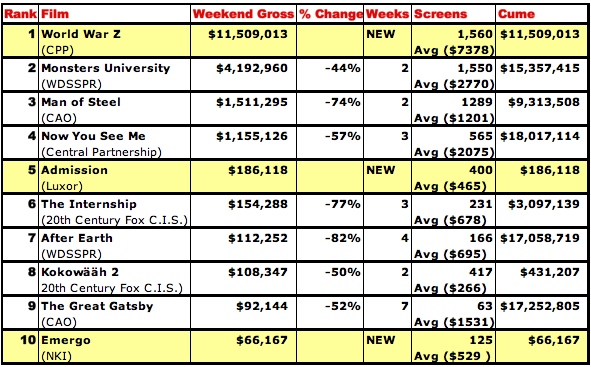