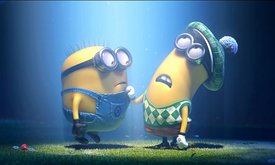 Animated films are a safe bet in Mexico. Despicable Me 2 proved that with a $14.8 million opening weekend across 2,920 screens. The minions dominated the box office, hitting Disney's Monsters University the hardest. The Pixar sequel fell 69% in its third week for a $2.4 million weekend. The Monsters sequel is nothing short of a blockbuster in Mexico, grossing a total of $32.8 million to date. Despicable Me 2 will be rivaling that figure if it is able to hold in the coming weeks. 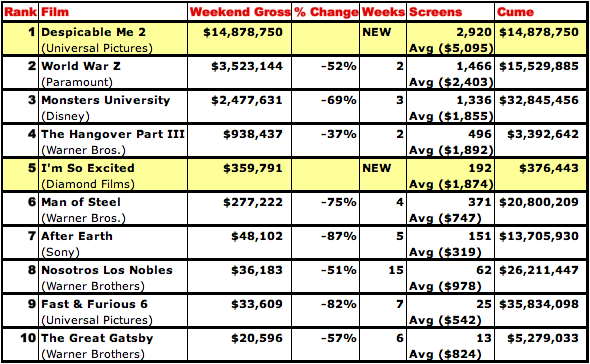