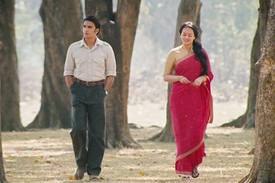 Lootera was the top domestic film in India this week, earning a total of $3.6 million in its first week in release. The period drama played in 969 screens and was still able to outgross the premiere of Policegiri, the action comedy starring Sanjay Dutt, Prachi Desai, and Prakash Raj. Policegiri opened in a market-leading 1,455 screens and grossed $2.2 million -only to come up short against Lootera by nearly 33%. Raanjhanaa inched closer to the $10 million mark but didn't quite get there this week, ending its performance with a $9.4 million cume. Last week's top film, Ghanchakkar, suffered a big drop to fall to fifth place on the chart. Ghanchakkar grossed $4.6 million in last week's opening but struggled to even reach $250k after its screen count dropped from 1,511 to 755.