ANALYSIS: How Big Will 'Pacific Rim' Be In China? 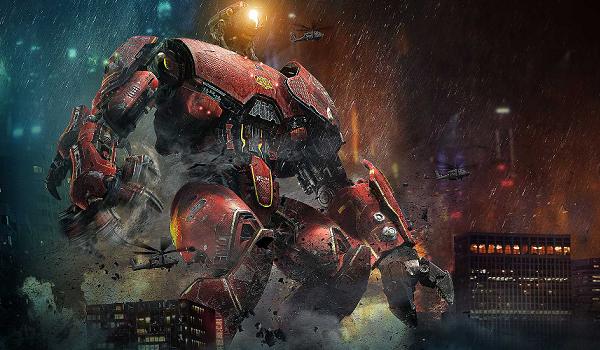 It's hard to watch Pacific Rim without thinking that it was built to play well in China.

Pacific Rim prominently features Chinese characters who pilot Crimson Typhoon (pictured above), one of the strongest robots featured in the film. The appeal doesn't stop there. It's no coincidence that while taking time off from fighting invading aliens the pilots are seen playing basketball, a wildly popular sport in China. "China is our number one market outside of the United States," Heidi Ueberroth, president of NBA International, told Reuters earlier this year. "The growth has been very significant and very much on track, and we are very much still just scratching the surface."

In addition to featuring Chinese characters in key roles, director Guillermo del Toro brings Pacific Rim to an action-packed conclusion in Hong Kong. The use of that setting may help the film gain more traction with Asian moviegoers.

Pacific Rim is already off to a great start in key Asian territories. Warner Bros. reports that the sci-fi flick took in a healthy $9.6 million in Korea over the weekend, which puts it 146% ahead of Rise of Planet of the Apes after its opening weekend.

The $38.3 million debut Pacific Rim managed in North America is largely viewed as a disappointment--the film is being criticized for not even topping the critically-lambasted Grown Ups 2. Yet Pacific Rim will have the last laugh once global receipts are counted if the $53 million overseas debut from only 50 percent of markets is any indication. Pacific Rim's performance in China will be particularly crucial when it comes to making up for a lackluster performance at home.

China-based sources tell BoxOffice that Pacific Rim could earn as much as $60 million in China when it opens on July 31. That would be an impressive showing considering that 2013 hasn't been a huge year for Hollywood in the Middle Kingdom. Star Trek Into Darkness earned just over $57 million, and Man of Steel is sitting at $62.9 million after this past weekend. It bodes well that Chinese moviegoers turned Transformers: Dark of the Moon--an effort that is often mentioned in the same breath as Pacific Rim--into a strong $172.3 million hit in their country. (The first Transformers film made $37.3 million in China when it debuted in 2007.) If Pacific Rim can tap into the same crowds that lined up for Michael Bay's action extravaganza, then it will it be in very good shape.

It's important to keep in mind that Pacific Rim will face tough competition from other Hollywood efforts. According to EntGroup, White House Down is slated to open on July 22 with Fast & Furious 6 following on July 26. Couple that with a surge in attendance for homegrown products--Chinese films boast a market share over 60 percent in 2013--and it's not hard to imagine Pacific Rim failing to make a big impact.