Facebook Report: 'Cloudy With A Chance Of Meatballs 2' Gets Boost From 'Despicable Me 2' and 'Monsters University' 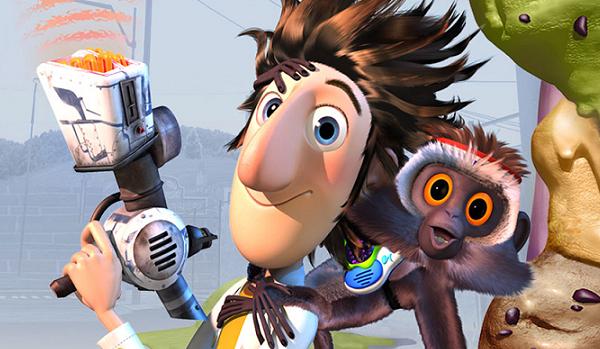 That level of success has led to great exposure for another animated sequel: Sony's Cloudy With A Chance Of Meatballs 2, which is due out on September 27. Exhibition sources at several major chains confirm that the trailer for Cloudy 2 has been playing in front of both films, putting it on the radar of families everywhere.

Since June 22, the day Monsters University opened, the official Cloudy With A Chance Of Meatballs Facebook page has added more than 200,000 likes, pushing its total to 500,000+. At this pace, the page could hit 1 million likes by mid-September, just in time for release. Cloudy 2 also experienced a healthy surge in Twitter activity on July 3, the day that Despicable Me 2 roped in an impressive $35 million.

Reassuring news such as this comes at just the right time for Sony. The distributor will need Cloudy 2--and July's The Smurfs 2--to help ease of the pain of two live-action disappointments: After Earth and White House Down. Luckily, The Smurfs 2 is well on its way to profitability after snagging $150 million in global tie-ins from the likes of McDonalds and Wal-Mart.

2009's Cloudy With A Chance Of Meatballs turned into a nice sleeper hit for Sony, grossing a surprising $242.8 million in North America after opening in mid-September. Hollywood's animated efforsts on fire overseas these days, so it shouldn't be hard for Cloudy 2 to breeze past its predecessor's haul on its way to the $300 million-global plateau.

Tags: Cloudy With A Chance Of Meatballs 2