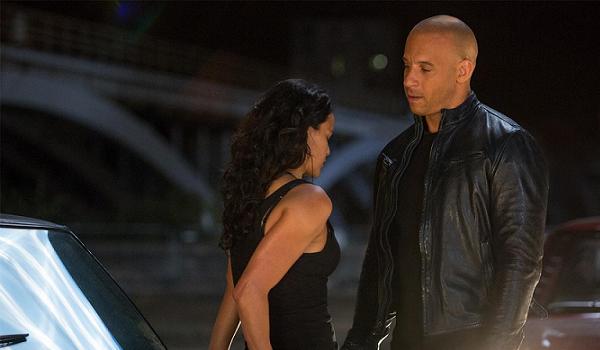 Universal has plenty of reasons to celebrate even though R.I.P.D. landed with a thud this weekend. The studio announced today that it has "set a new record for its fastest climb to $1 billion at the North American box office." 2013 marks the 8th time that Universal has reached the coveted plateau.

2013 highlights, as reported by Universal:

· Fast & Furious 6 set a new record as Universal's biggest domestic opening of all time with $117 million over four days. With a worldwide cumulative gross of $712.5 million, Fast & Furious has become Universal's highest grossing franchise ever.

· The Purge, Universal's first microbudget film with Jason Blum under the studio's production deal with his Blumhouse Productions banner, made $34.1 million its opening weekend - more than 10 times its production budget and has gone on to gross more than $64.1 million domestically and $77.5 million worldwide with several overseas markets yet to open.

· Tom Cruise's Oblivion marked his second highest opening in his film career outside of the Mission: Impossible franchise ($37.1 million) and has grossed a solid $89.1 million domestically and $286.1 million worldwide.

· Identity Thief scored one of the top five openings of all time for an original R-rated comedy ($34.6 million) and has grossed $134.5 million domestically and $175.1 million worldwide.

· The low-budget supernatural thriller Mama grossed $71.6 million at the North American box office and marked the second year in a row that Universal has been on No. 1 on MLK weekend. Mama has grossed $147.7 million worldwide.

There is still much to look forward to in 2013 including 2 Guns, the explosive action film starring Denzel Washington and Mark Wahlberg; the new chapter of the action-comedy Kick-Ass 2 from director Jeff Wadlow; Riddick, the latest chapter of the groundbreaking saga from star/producer Vin Diesel and writer/director David Twohy; Rush, the spectacular big-screen re-creation of the merciless 1970's rivalry between James Hunt and Niki Lauda from director Ron Howard and writer Peter Morgan; a romantic comedy from Working Title and writer/director Richard Curtis, About Time; the long-awaited next chapter to the film that ushered in a new era of comedy from writer, director and producer Malcolm D. Lee, The Best Man Holiday; the epic 3D feature starring Keanu Reeves in his explosive return to the action-adventure genre, 47 Ronin; and in limited release, the latest from director Peter Berg, Lone Survivor, starring Mark Wahlberg, Taylor Kitsch, Ben Foster, Emile Hirsch and Eric Bana.