GERMANY: 'Despicable Me 2' Continues to Thrive

No other film broke the million-dollar mark outside of the top three. World War Z came closest to reach the milestone in its fourth weekend but fell short with a $740k tally that raised its German total to $16.1 million. Now You See Me fell flat in Germany, falling to fifth place in its second weekend after a 50% drop from its opening frame. The magic heist film has grossed a total of $2.3 million to date. The Heat has also disappointed in the market, earning a $3.5 million total in an otherwise comedy-friendly territory. 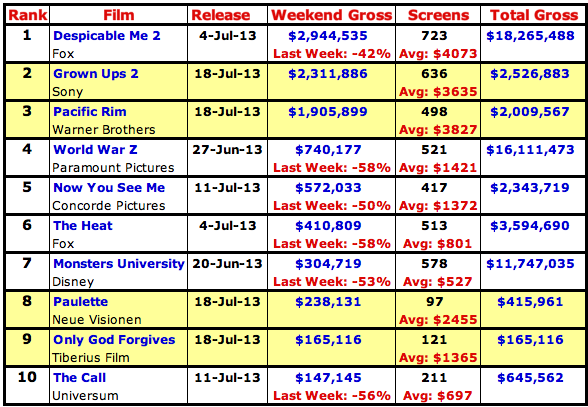