Turbo proved yet again that Mexican audiences are loyal to animated movies. The film narrowly lost out to Despicable Me 2 for the top spot after a $3.6 million opening weekend. The Lone Ranger took a back seat to the animated duo, placing third in its Mexican premiere with $3.5 million. Pacific Rim fell 54% from its opening weekend but still managed to rake in a healthy $2.5 million hold. Guillermo del Toro's latest spectacle has grossed $11.5 million in the Mexican director's home country. 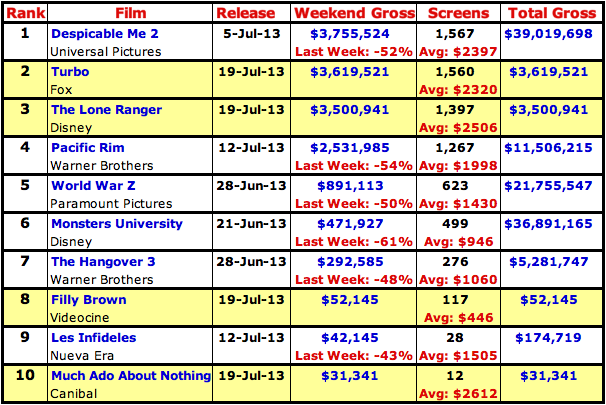